The Empire Plan offers complete, affordable health insurance for your employees and their families. The Plan has proven record of serving local governments throughout the State.

The New York State Health Insurance Program (NYSHIP) was established in 1957 for State employees. In 1958, NYSHIP became available to local governments and school districts. Now, more than 55 years later, NYSHIP is one of the largest public employer health insurance programs in the nation, protecting over 1.2 million State and local government employees, retirees and their families. Over 800 local government employers offer NYSHIP. They count on the dependability and financial stability that come from NYSHIP’s size and experience. The New York State Department of Civil Service, NYSHIP’s administrator, continues to fulfill its promise to provide quality health benefits for public employers in New York State.

In 1986, NYSHIP introduced The Empire Plan, a unique health insurance plan developed to meet the needs of public employees and employers in New York State. Empire Plan benefits are available for a wide spectrum of services:

The Empire Plan offers employers a financially stable health insurance plan. In the five year period of 2006 to 2010, the annual net premium increase for The Empire Plan averaged approximately 4 percent. This compares favorably with other large U.S. employers for the same period according to Towers Perrin’s annual survey of health care costs. The Empire Plan’s combination of managed care features and reasonable copayments have allowed us to provide a very comprehensive benefits package while keeping costs down. To check premium rates for The Empire Plan’s benefit packages, visit our website, www.cs.state.ny.us. Click on “Benefit Programs” and choose “Interested in Joining NYSHIP?”

The Department’s website at www.cs.ny.gov has up-to-date information about NYSHIP and The Empire Plan. The site links to Empire Plan providers and pharmacies, and to the New York State Public Employee and Retiree Long Term Care Insurance Plan (NYPERL). 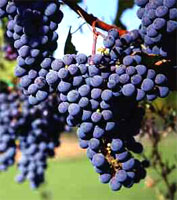 “Can we participate in The Empire Plan?”

The Empire Plan is available to units of local government of virtually every type and size within New York State. Current participating agencies include counties, cities, towns, villages, school districts and other municipal entities such as fire and water districts and public library systems.

“Why should we participate in The Empire Plan?”

The Empire Plan is designed specifically for New York State's public employees and employers. The size and stability of the Plan allows for a comprehensive benefit package with competitive rates. NYSHIP also provides a suite of services to assist participating agencies with benefit administration.

“Are there any geographic limitations to The Empire Plan’s coverage?”

Unlike many HMOs that provide limited out of area benefits, The Empire Plan offers worldwide coverage to meet the needs of your employees and their dependents wherever they may need care. Nationwide, there are more than 190,000 participating providers, 15,000 network hospitals, and participating pharmacies nationwide and a mail service pharmacy. Enrollees may also use non-participating providers, giving them greater choice and flexibility in managing their health care needs.

“Are The Empire Plan rates competitive?”

The Plan’s size and experience has resulted in very competitive rates. And, there are never any brokerage fees.

Empire Plan enrollees have the freedom to choose from over 190,000 medical, mental health and other participating providers nationwide.

For information on offering NYSHIP’s Empire Plan to your employees, please call Employee Benefits Division of the New York State Department of Civil Service at 518-485-1771.